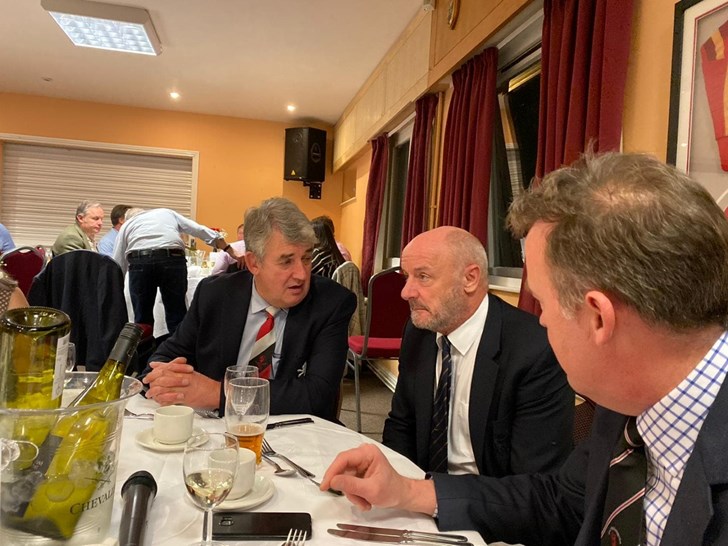 Friday night we had our annual president’s evening celebrating the culture of our club with club volunteers, club sponsors and members, over 160 guests enjoyed a fantastic 3 course meal prepared and served by our brilliant kitchen staff and their assembled army of service personnel.  Drinks flowed and stories were told prior to taking our seats, in depth discussions about the quagmire we have outside were the main topic.

After a quick pit stop we were asked to take our seats before master of ceremonies Rob Hicks got straight down to business with the real reason we were there to take the p*ss out of Mr. President (Russell) and on the odd occasion praise him.  Russell in his second year of his term will be handing over his president role at the AGM.

Food came and went before Rob dropped a few jokes and ribbings, Russell gave out his quips mainly in the direction of Rids.  Before thanking Christine, Lana, Rob Holtby for their over and above efforts within the club to keep it running smoothly.  Johnsy got a big thank you for again doing more than what is expected.  Doug/Mach both as grounds & facilities manager got a well done and keep going.

Life members and club sponsors is a big one for Russell as we all know he likes the sesh, declaring him and our new life members this season could have a lot in common and will be inviting them for club lunch.  Club sponsorship is vital both financially and socially for the club,

“There isn’t anything better than the bar open on a Saturday evening with a mix of players,family,sponsors and club members all enjoying club  success together”

A special mention to Gill who with Hicksy totally sorted the evening,   Maggie Tate-Smith the clubs guest of honour for 2019 was thanked for sorting the excellent Red, White and Black centrepieces.

We then welcomed our guest speaker David Trick, the former Bath & England right (not left) winger took the mic and after an excellent start ripping into Russell, spoke about his life in rugby, how the wooden spoon charity was created and a foggy England u19s match.  Thank you David for your time and quality chat.

The Night was caught with a few shots below. 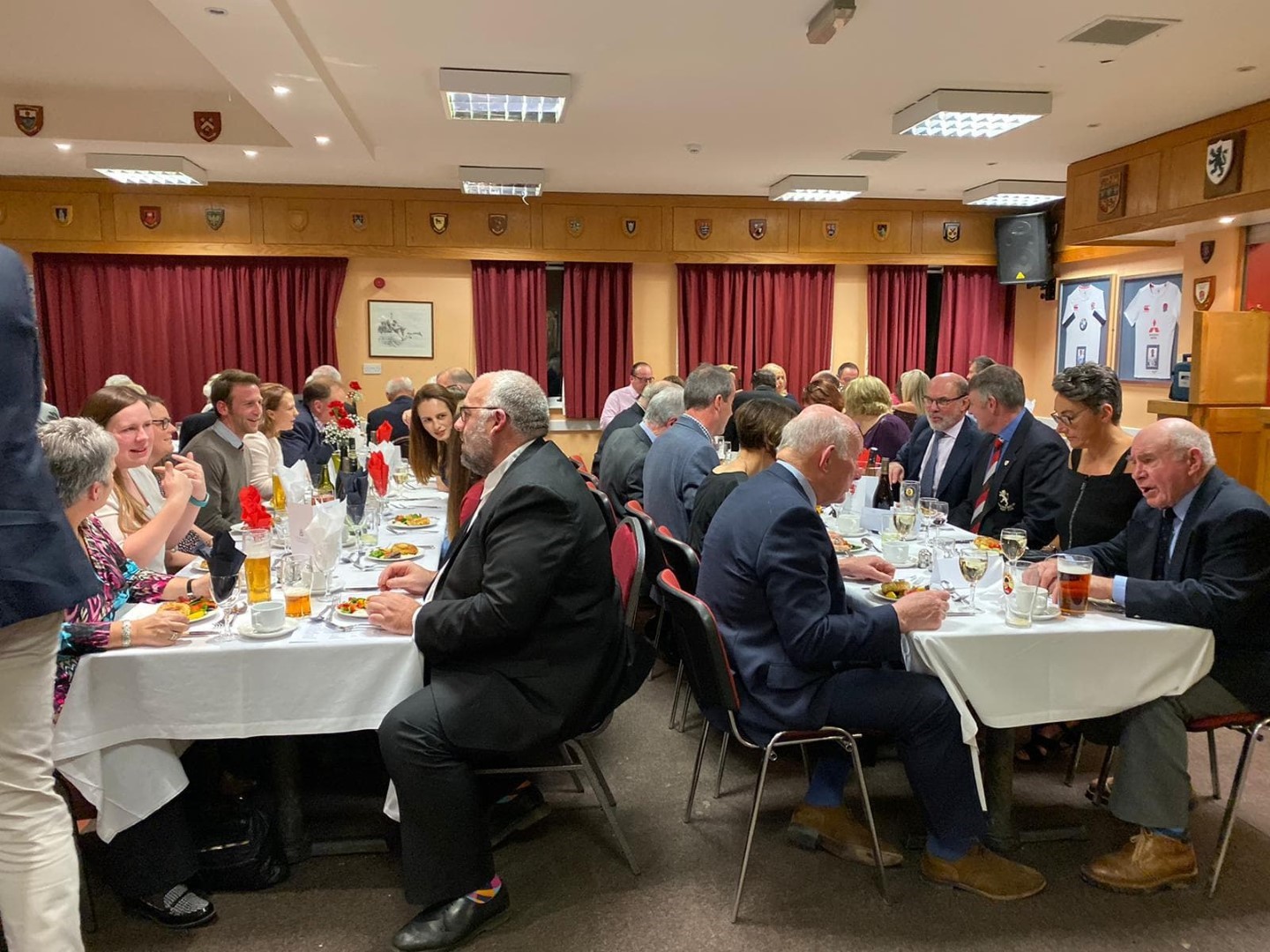 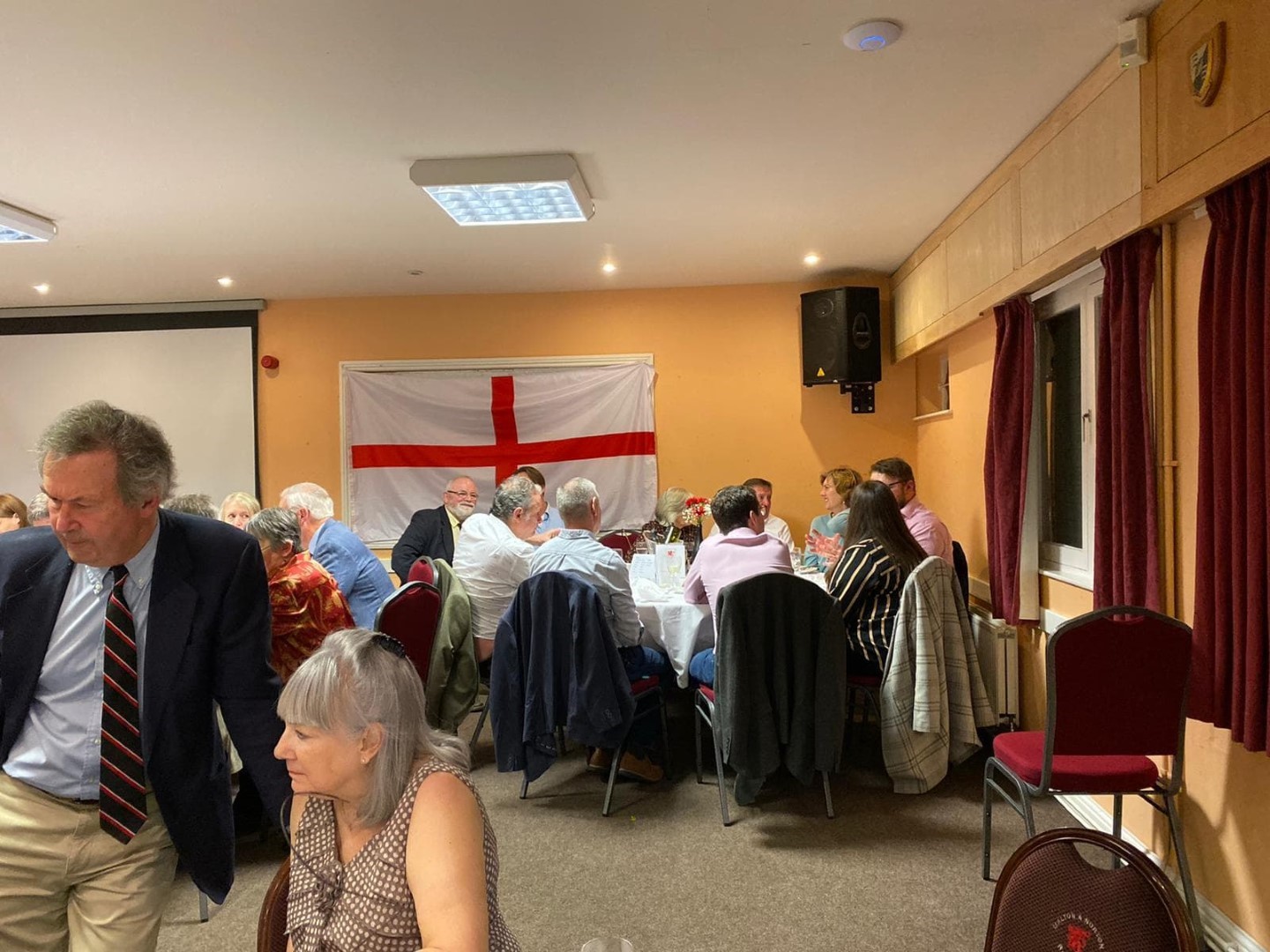 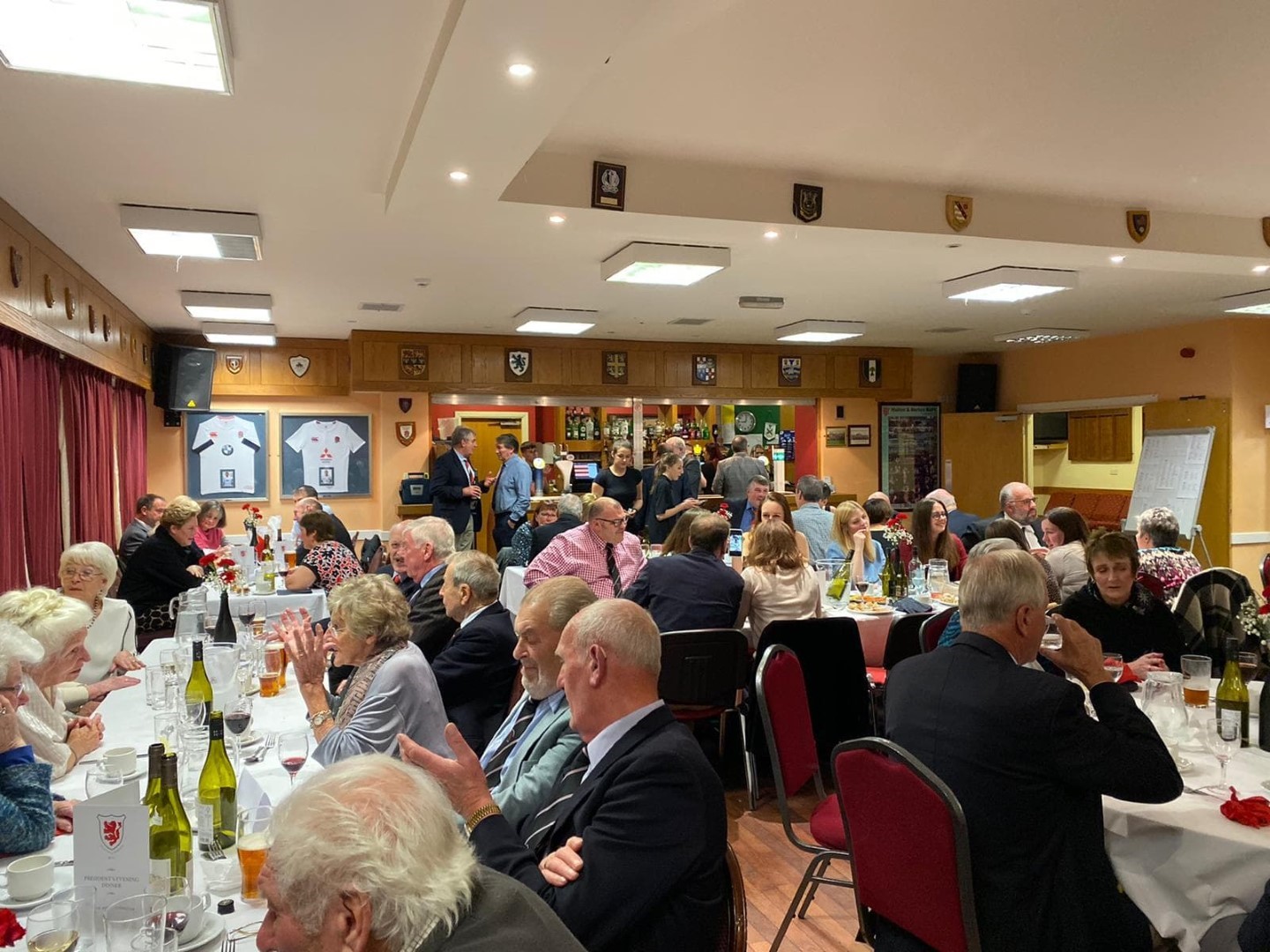 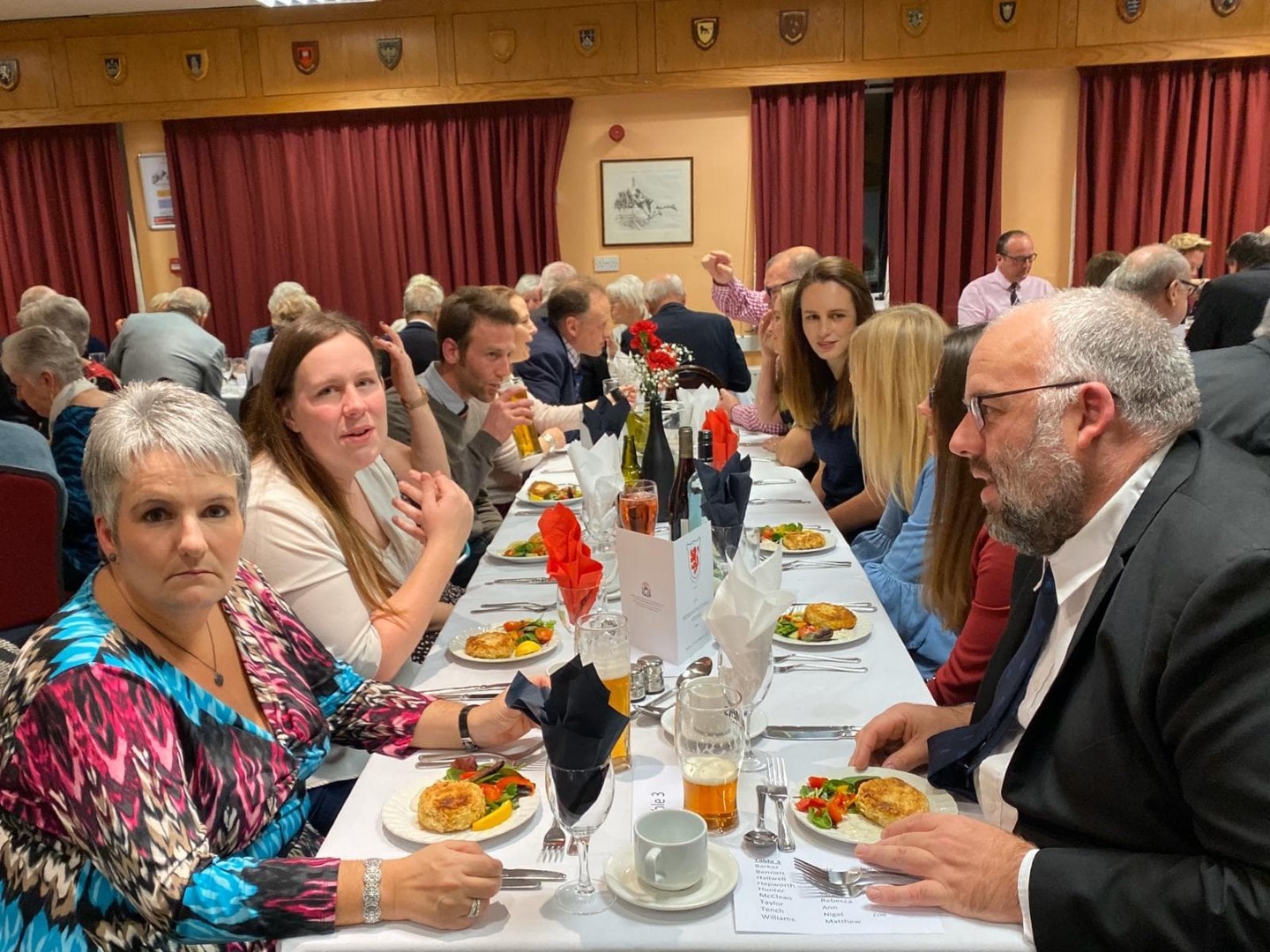 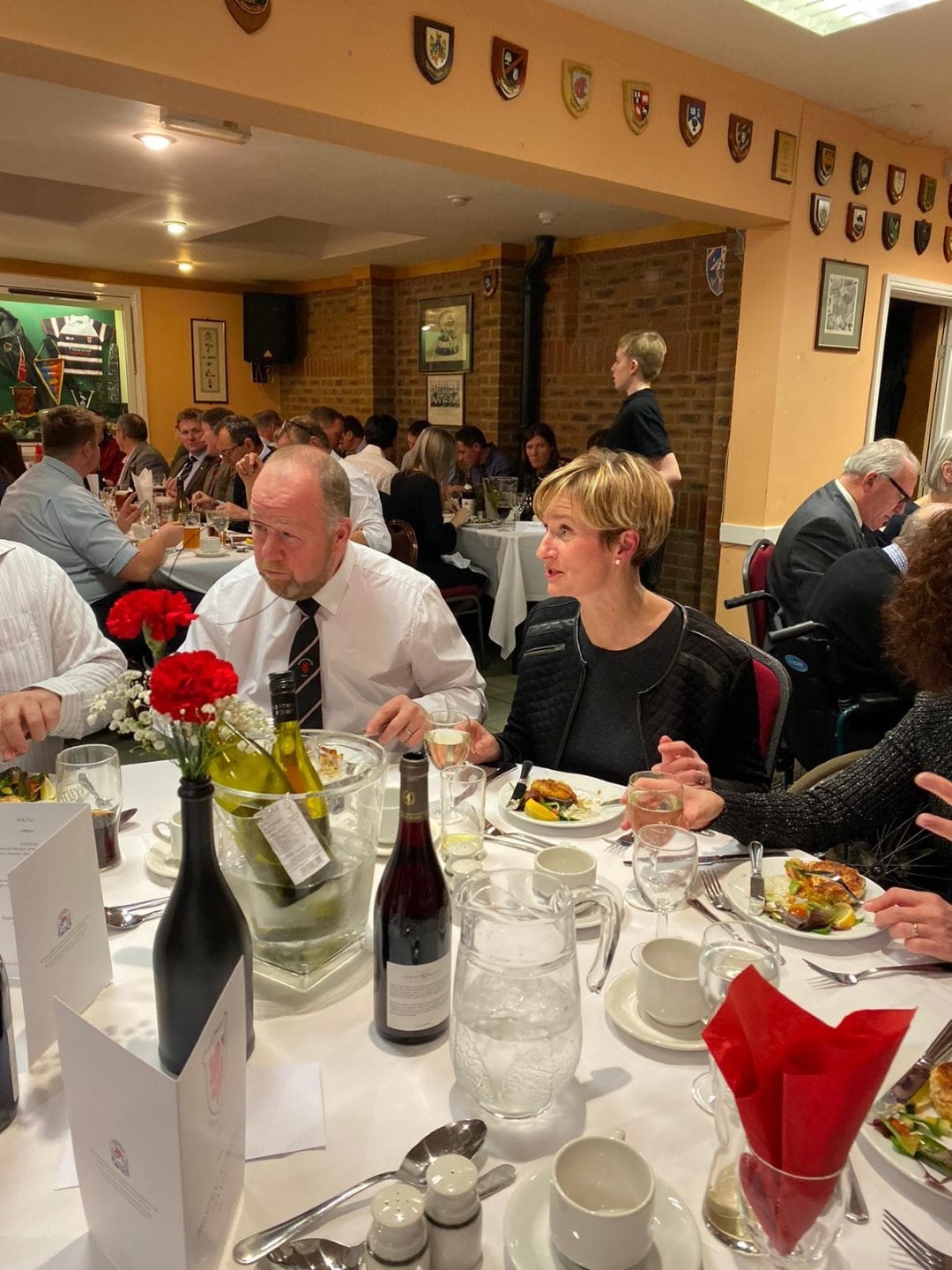 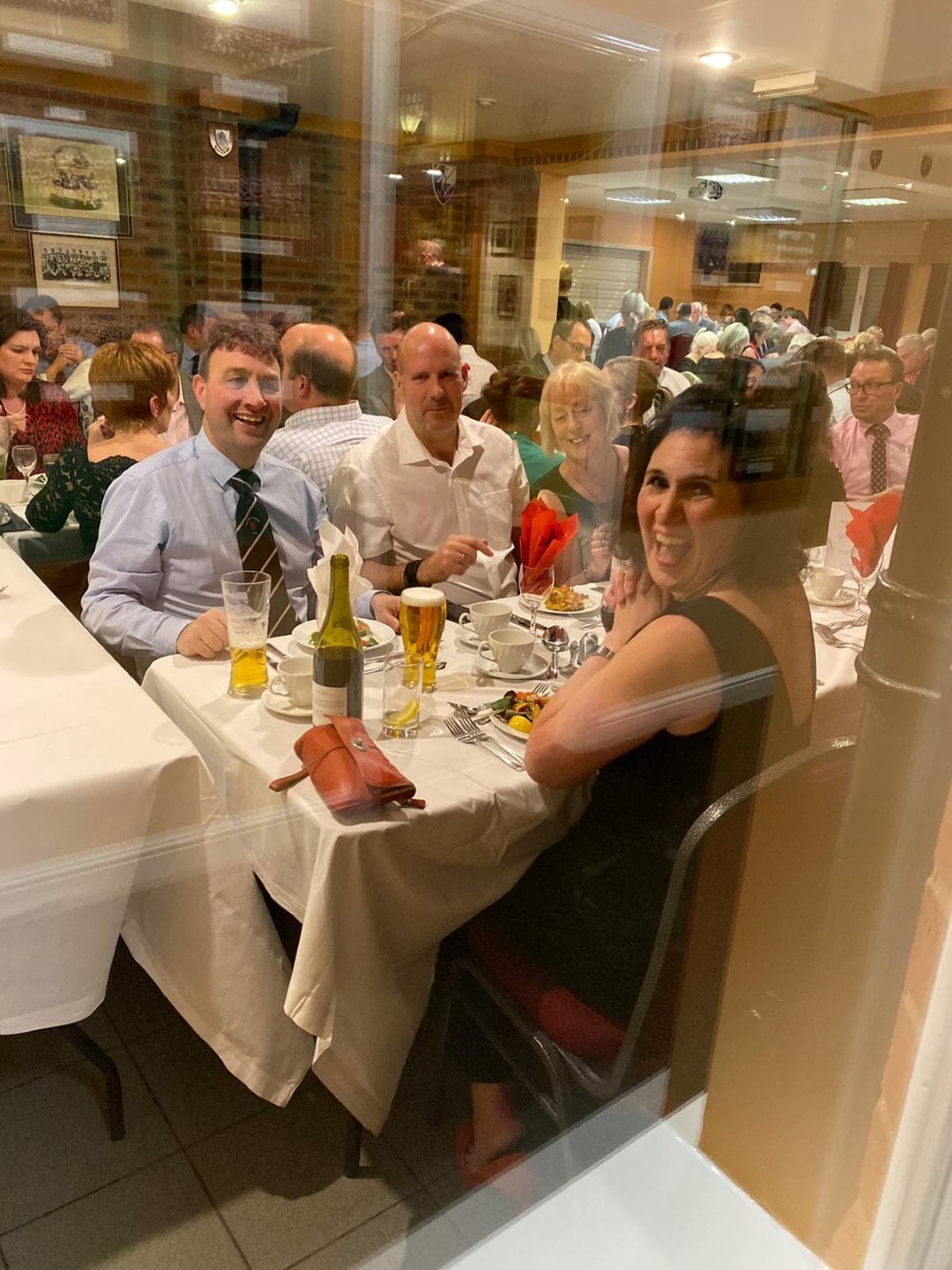 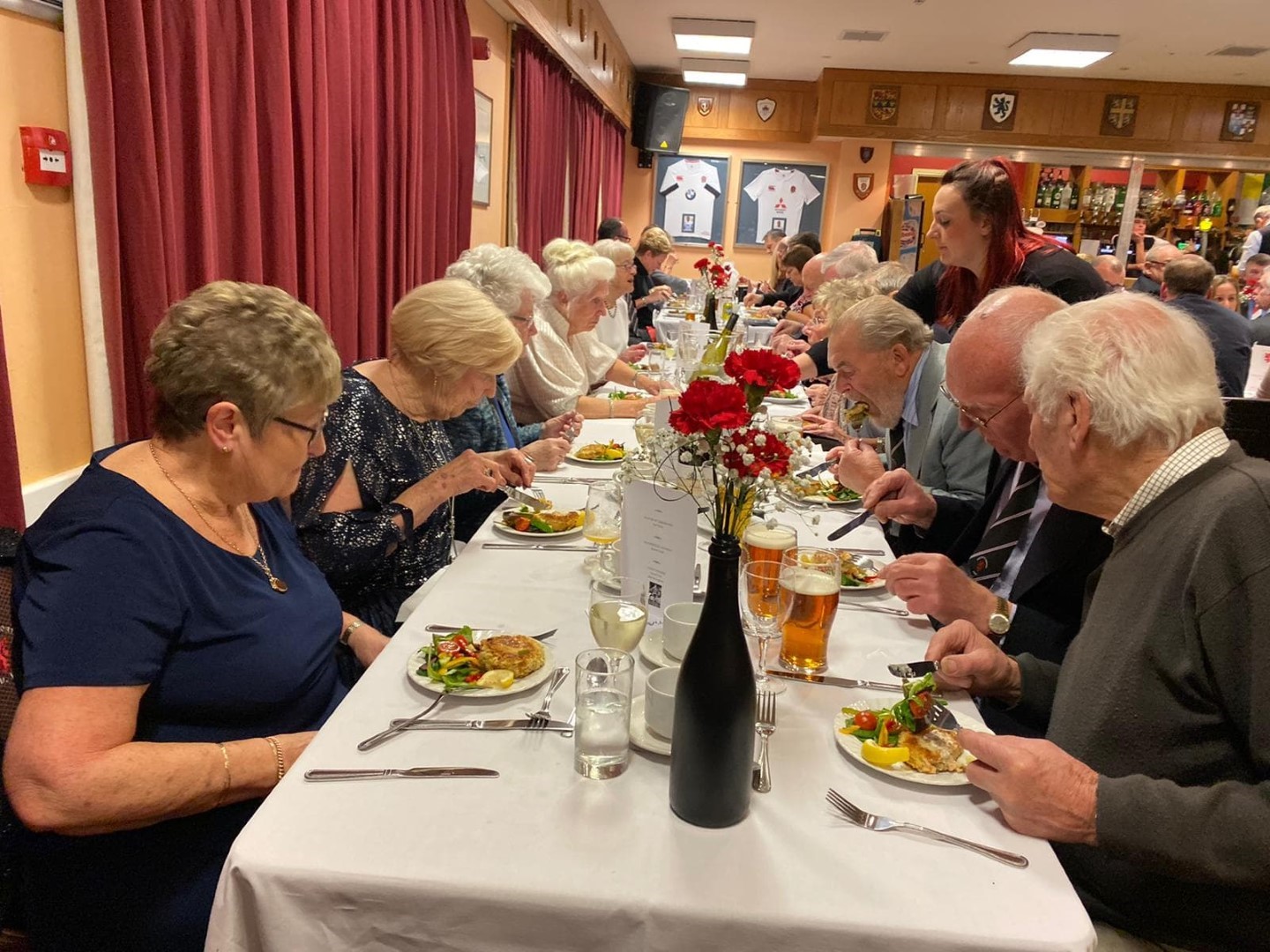 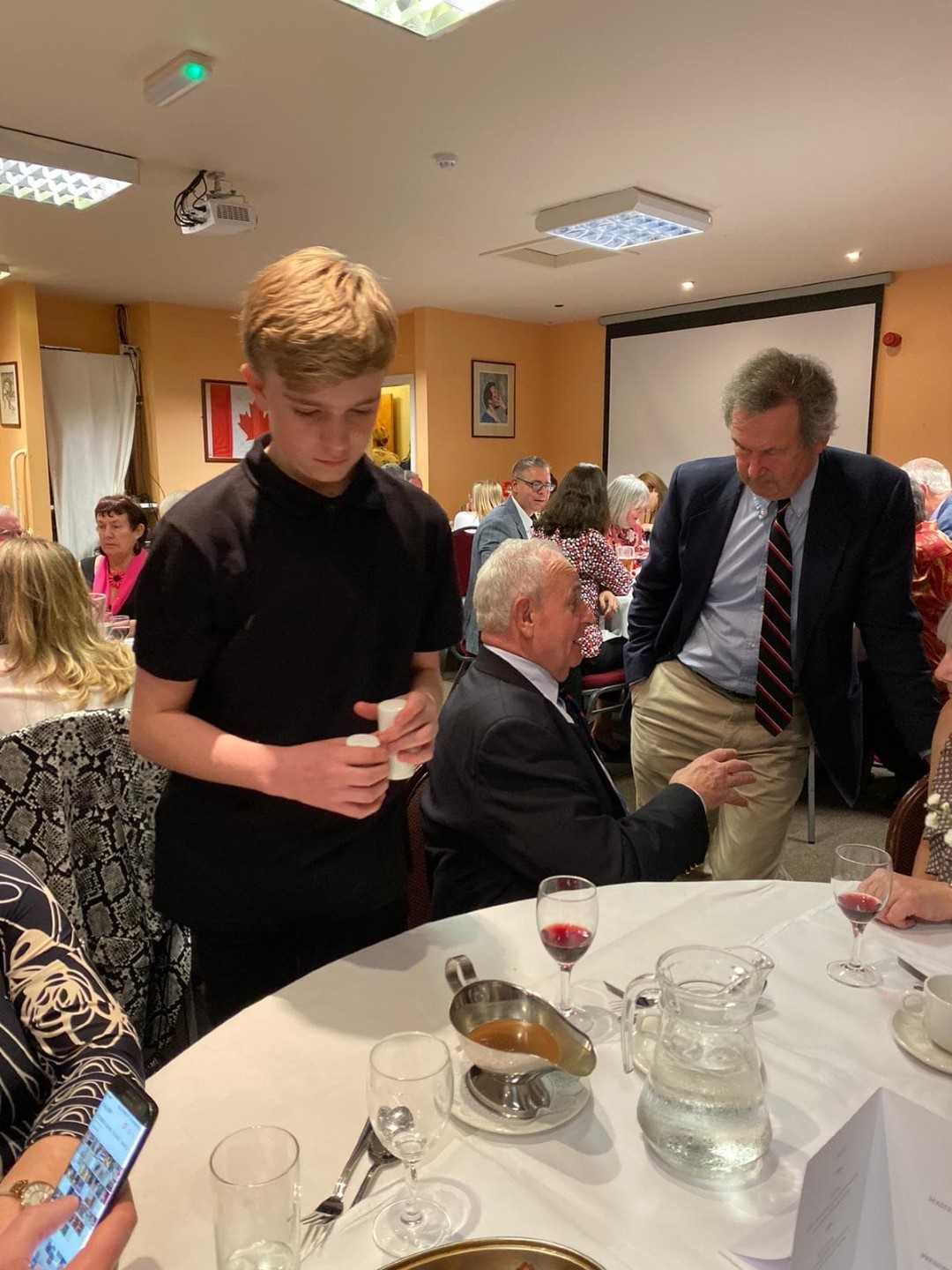 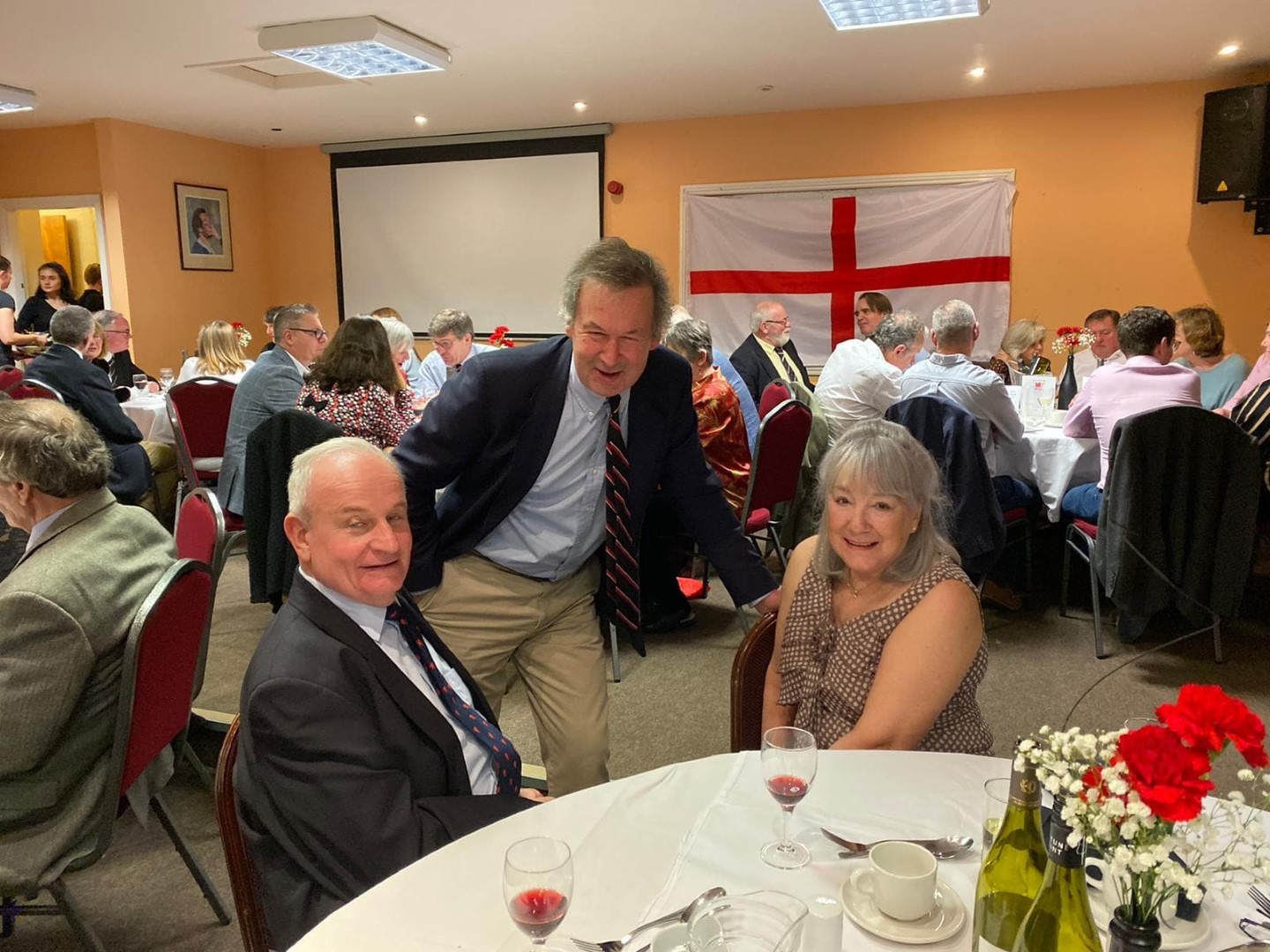 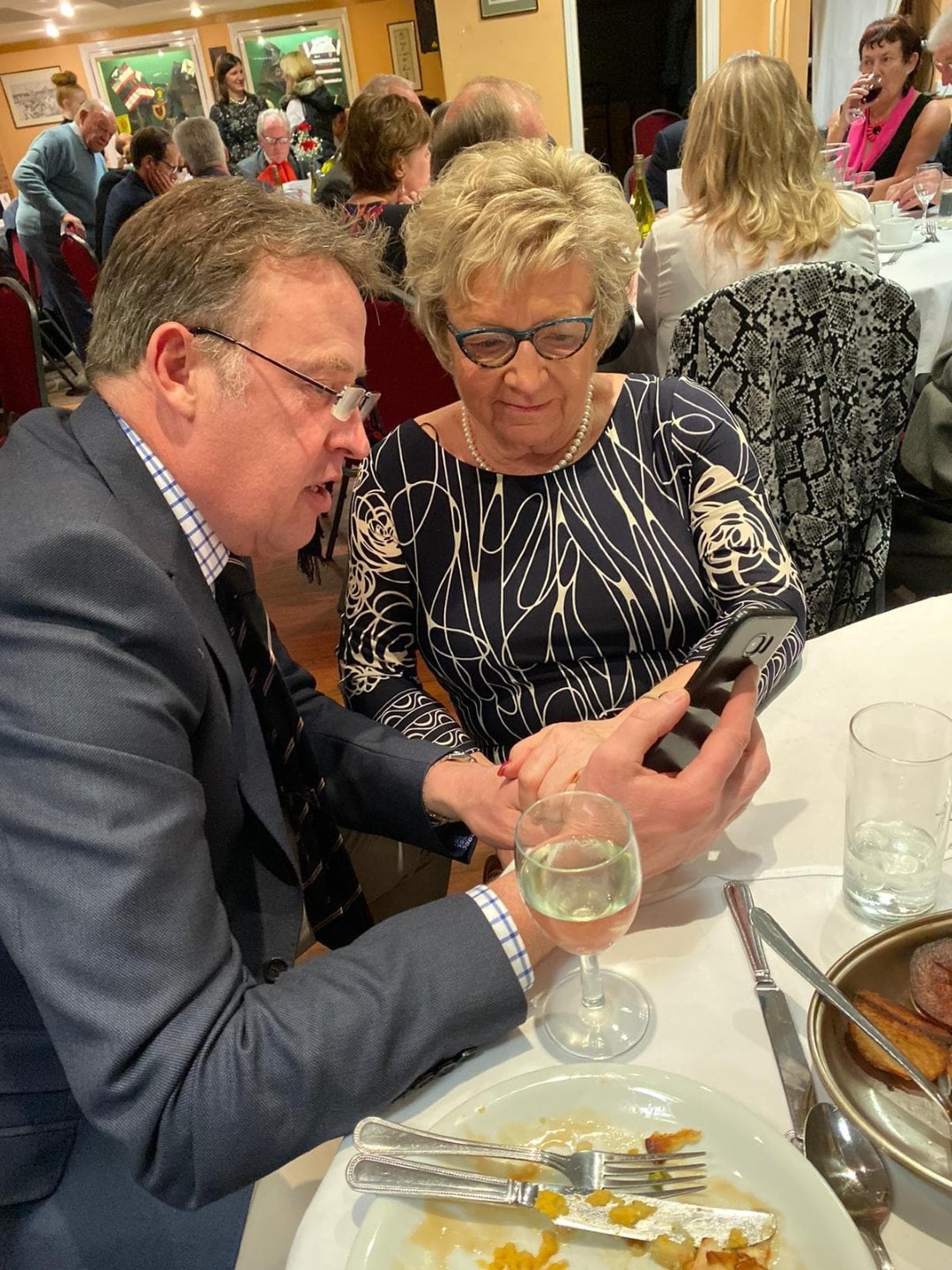